< > Stop Start
You are here: module

The thermoelectric Module (TEM ) is a solid semiconductor thermoelectric device. Its operation is based on the Peltier effect. For containers of limited dimensions TEM provides and maintains volume temperature below ambient temperature.

N- and P-type semiconductor elements are connected in a specific sequence and soldered between two ceramic plates. Direct voltage, applied to the TEM's leads, provides heat absorption on the surface of one of the ceramic plates and heat emanation at the opposite plate. Thus, the effect of heat pump is achieved. The temperature difference between the opposite sides of TEM may reach up to 70° C. 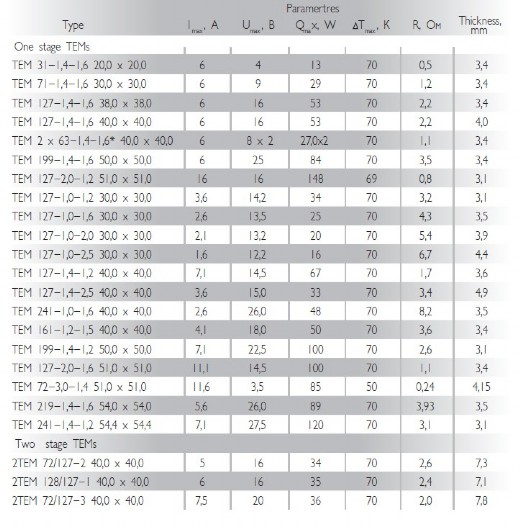 The VOT series of thermoelectric air coolers is used for cooling air inside various types of cabinets, automatic power supplies and control units, electronic enclosures, foundry traveling cranes, passenger and freight elevators, and vehicle cabins. These coolers are ecologically clean devices utilizing the Peltier Effect. This technology is considered the most promising and is rapidly proving its advantages in comparison with conventional compression and absorption refrigerating systems for the above-described applications. 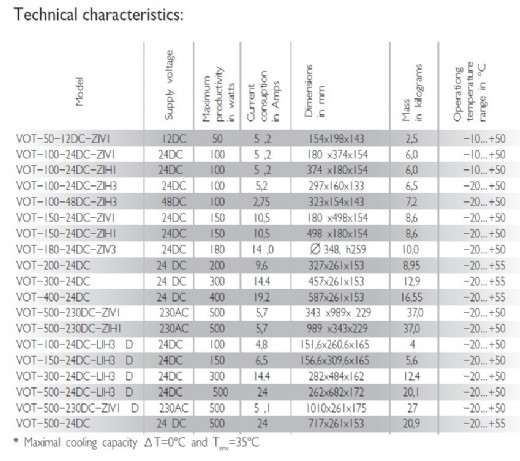